Now that finals are over and I’m a day away from being a college graduate *joyful sobs* I decided to let everyone in on a little secret. How we survive finals week. You’ve seen the memes on pintrest, you’ve heard people talk about it and maybe even got a taste of the stress in High School.

So how do we do it? Is there a trick? A magic drink, food or spell that keeps us awake for days? Well, there’s coffee and redbull but that’s not always a healthy option.

My fellow students and I have been struggling through exams, papers, dissertations and thesees for four years now and have developed a solution to finals week.

First, we prepare ourselves. Weeks in advance. The exam week schedules are posted under the registrar’s office at least a month in advance and all exam times, including the final exam are listed on the course syllabus (at least they should be). Preparing yourself and knowing which exams you need to study harder for, take better notes for or get help with before finals week will lessen the stress. My campus has a tutoring lab and I knew that my cumulative business math final was my first final of the week so I began getting help with things I didn’t understand before we even got the review for the final. I still barely passed the test, but I was much less stressed about it. Math is one of those things you either understand or you don’t, there’s no in between and I’ve made my peace with that.

Second, talk to your professors. I know most of you go to very large schools where there’s like fifty people in each class and your professor couldn’t care less what your name is, but they still are required to at least sit down with you and explain what you need to accomplish to pass. I went to a small private university, I knew every professor because I had had them for at least three semesters, if not all eight. If you have more than two exams in one day you can ask to take one on another day, most schools have that policy.

Third, bide your time carefully. I study in 15-20 minute increments and I allow myself 15-20 minutes of play time to watch a movie/tv-show, play a video game or scroll through social media then I get right back to studying. At this point, I’ve been so done with school since January and planned ahead for the tests I was worried about. Some professors let you opt out of finals if your a graduating senior, some don’t. I also planned my study patterns for one test a day, because I lucked out this semester. Previous semesters I had to lock myself in the library (not my bedroom) and pace myself. I go back and forth; study Fundamental Law for an hour, then study Psych for an hour. Once those two tests are out of the way then its time to study for the next test[s].

Four, SLEEP! Oh my goodness please sleep! And I’m not talking about a cat nap on the library couches. Please for the love of God sleep in your bed for AT LEAST four hours. Your probably thinking what the hell Kat, I’m a nursing major(or something else equally stressful) I CAN’T SLEEP! Well, yes you can. Chances are you know more than you think you do and going into a test on a caffeine high won’t better your chances on acing anything. Trust me, I know. I have anxiety problems that stem from testing, and before I had anxiety I still over stressed about grades. I can’t tell you how many tests( not just finals) I failed because I hadn’t slept in days. I’ve found that sleeping in your own bed helps not only relax the brain, but the body as well. You may not be well rested but your better rested than that spazz monkey sitting next to you. If you do stay up all night, do not, I repeat, DO NOT take a cat/power nap 20 mins before a test. DON’T DO IT! You will forget everything or sleep through the test It’s better to push through than to try and power nap. Even with all the coffee, energy drinks and caffeine pills in the world nothing compares to a good four hour sleep. So rest up babes!

Also, there is strength in numbers. I was lucky enough to have friends in every class I took. Sort of a by product of being a relatively friendly senior who is fun to talk to. My friends and I band together to study. Even if it’s not in person, we have line group texts and we keep each other awake, make sure we’re studying, eating and competent enough to write. We all like to cuddle too so it helps that most of them were roommates. I think I spent more time on campus during finals than I did during the normal semester.

Five, destressing is GOOD! My campus has study break rooms all over campus with coloring books, games, snacks and this semester they even brought puppies!! I’m sure they copied it from some other school but it was very helpful. I may have wasted too much time making play dough aliens with Eskimo and Queenie but I felt much better about my Juvenile Delinquency test than I did twenty minutes before that when I was crying in the library.  Take some time to give your brain a break, drink some tea (not coffee) and do something simple for at most an hour then dive right back into those books.

As long as I’ve been doing this, nothing stopped me from failing my last final. Sometimes you just have to take the C and drop the mike. Whether it was from anxiety or the fact I accidentally dozed off at my kitchen table an hour before the test is beyond me. I spoke to my professor about it and I’m sure had I done as bad as I thought I did he would have let me retake it.

All in all… just take it one day at a time and pace yourself. Have a goal or something to look forward to after finals. My friends and I always go see a movie after everyone last final on Thursday night of finals week. We went to see Civil War last night. Last semester it was The Force Unleashed, and before that it was Avengers 2. We’ve been in this a long time, and we survived. The bottom line is, you will to.

May the grades be ever in your favor 😉

One thought on “How Students Survive Finals Week” 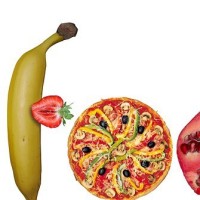 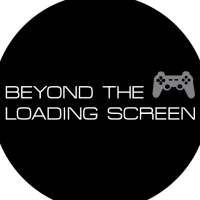 The Life of a Not So Ordinary College Girl

All you can do, by yourself.

Welcome to my little world!

I could use a good nap.

Life is better in red

Reclaiming my inner badass at 50